The Classic Eight Conference paved the way to state for the Milton High School baseball team.

Milton (21-6) will open state tournament play next Tuesday at Fox Cities Stadium in Grand Chute. The tournament will be seeded Wednesday to determine the pairings and game times for the eight-team Division 1 field.

After beating Classic Eight member Waukesha North in a regional final last Thursday and Wales Kettle Moraine in a sectional semifinal Tuesday morning, Milton completed the conference trifecta with the win over Mukwonago.

“If that team (Mukwonago) was near the bottom of that conference, it just tells you how good that conference was this year,” Milton coach Kris Agnew said.

“But I can’t say enough of our guys. We went through a tough stretch at the end of season but they never lost confidence. All they did was work harder, especially our eight seniors. They really pushed everybody else.”

Milton trailed 4-3 in the bottom of the seventh against Mukwonago before rallying for the victory. Gavin Kilen, who went 3-for-3 with two doubles and scored two runs, doubled to start the inning. Alec Campbell followed with an RBI single to score Kilen, and Campbell advanced to second when the right-fielder misplayed the ball. Jordan Bundy then sent the Milton faithful into a frenzy with a line drive base-hit to right that easily scored Campbell with the winning run.

Bundy said he wasn’t thinking about being a hero but simply wanted to put the ball in play and move the runner up.

“I believed in myself even though I was having a bad day (at the plate), and I had to just pick myself up and be that guy,” Bundy said. “Coach Agnew said with a base open that they were going to pitch me outside and to take that pitch and go the opposite way, and that’s what I did.

“When we struggled at the end of the (regular) season, we were just coming out and thinking we were going to win. Now, we come out with a lot more energy and try to be a lot more positive and pick each other up, and that’s what we did today.”

Jack Campion picked up the save in the win over Kettle Moraine and was the winning pitcher in the title game. The senior right-hander allowed three runs in three innings but made big pitches when he had to.

Milton 4, Kettle Moraine 3—In the semifinal win over Kettle Moraine, Campion’s sacrifice fly with one out in the bottom of the sixth inning scored Ashton Goll with what turned out to be the winning run for the Red Hawks.

Milton trailed 2-0 in the third but scored three runs in the inning to take a 3-2 lead.

Michael Birkhimer got the pitching victory in relief, with Campion recording the final three outs for the save. 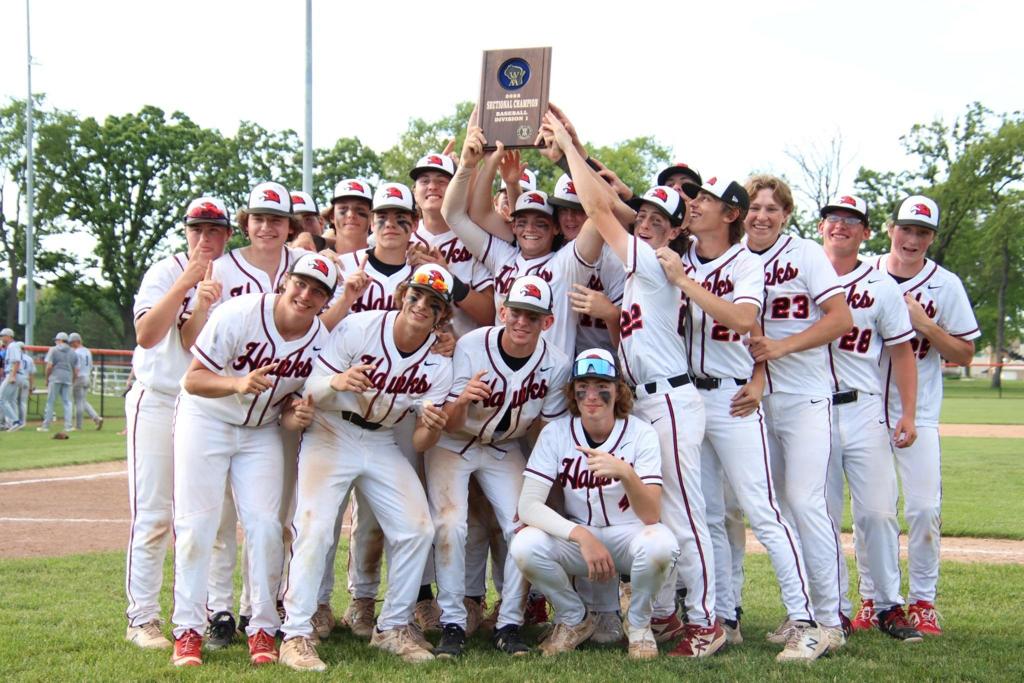